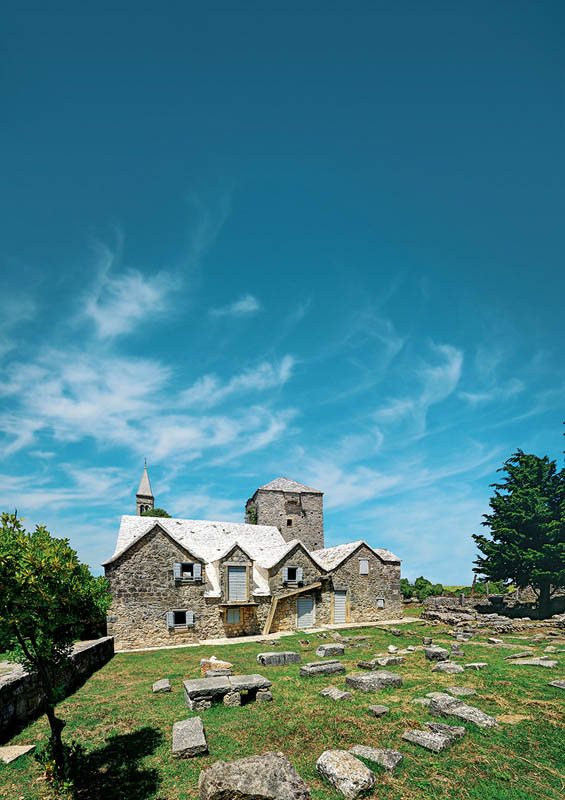 The island’s regional museum has made a perfect choice by taking Škrip for its location, a monument itself, being the oldest settlement on the island with an abundance of cultural monuments.

The name Škrip originates from the Latin word scrupus, which denotes huge sharp stones that in those times were to be found at the back of Roman quarries. Among the houses that partly enclose the Illyrian buildings, the Roman mausoleum and the Croatian stronghold, there is a rich stone collection consisting of Roman, Late Antiquity and Early Medieval monuments and sculptures.
The most prominent of these are the image of Hercules, the findings from Mirje and elsewhere and the copy of the Povlja lintel. Interesting ethnographic artefacts of this island are immersed in its agricultural, sheep-breeding and stone-masonry tradition, as well as in the valuable examples of its furniture which are to be found in the halls on the first floor. Above the Roman mausoleum is the projecting Radojković tower (kula Radojković) which was built in the 16th century, during the Venetian-Turkish wars.