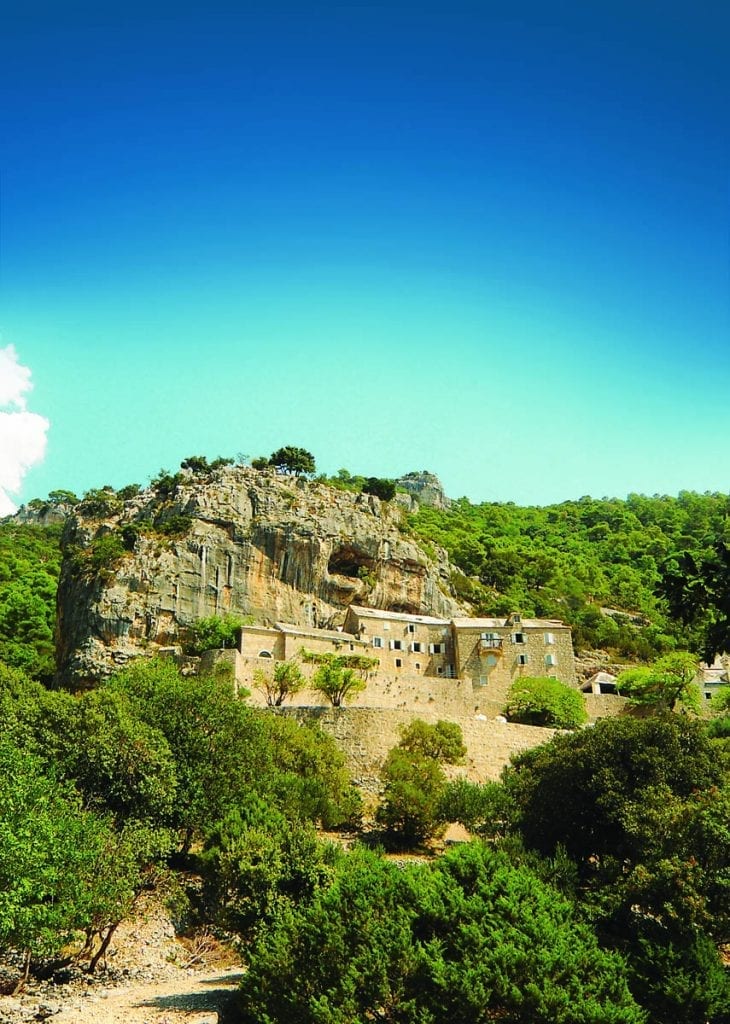 The hermitage (monastery) was founded in the 16th century by the Glagolitic priests who come to Brač fleeding from Poljica before the Turks.

Blaca can be reached from many directions, but always exclusively by foot. The path, trodden for centuries by many mules and horses, is still the only connection with civilization. Visitors may travel by car from Nerežišće, over the Vidova gora up to Dragovoda and from there they have to walk for half an hour to Blaca.

The museum and monastery in Blaca could also be reached travelling by ship from Bol to the valley of Blaca from where there is another half an hour of walking. The hermitage's origin was in the stone partitioned cave which was the first refuge of the Poljica hermits. From then on, the dilligent and pious hermits built a church and hermitage, residential buildings and farm buildings on the cliff face. They turned vast forests into rich vineyards and olive groves. It is a wonder how the inhabitants of Blaca were able to struggle with wild nature and poor soil and yet managed to survive in such conditions for four centuries.

The Glagolitic hermits of Blaca gained large estates, merchant ships, a rich library and a printing shop through their diligence and self-sacrifice. The hermitage's preserved inventory, today a museum, also includes the valuable astronomical heritage of the last Blaca hermit, Father Nikola Milićević, who died in 1963.

Blaca are really an exceptional monument of human work, with great historical, economic, artistic and scientific content. Hermitage Blaca is an outstanding natural and cultural phenomenon, a wonderful oasis of peace and memories of days gone by.